Three volunteers working at a community sausage sizzle received flash burns to their upper bodies when an aerosol can of cooking oil exploded.

One of the volunteers also received bruising when the can was propelled towards him, striking him in the stomach.

At the time of the incident, the volunteers were cooking sausages on an outside stainless steel LPG gas BBQ unit. The aerosol can was placed on the BBQ work bench next to the lit gas burners.

It is believed that the heat from the BBQ caused the contents to expand until the can could not withstand the internal pressure.

The top of the aerosol can blew out, causing the contents to be released into the atmosphere.

The propellant inside the can (17 per cent propane and 83 per cent butane) was ignited by the naked flame resulting in an explosion.

There have been previously reported incidences of aerosol cans containing cooking oil and fly spray exploding in kitchens when placed near heat sources.

The following points should be kept in mind when handling aerosol cans: 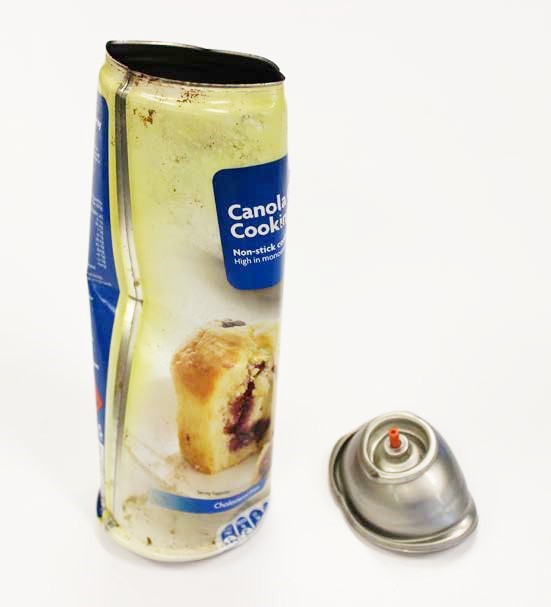